All articles published in Babali Nursing Research (BNR) receive a DOI and are permanently published. This applies regardless of the outcome of the peer review that follows after publication.

Authors can revise, change and update their articles by publishing new versions, which are added to the article’s history; however, the individual versions, once published, cannot be altered or withdrawn and are permanently available on the BNR website. BNR participates in the CrossMark scheme, a multi-publisher initiative that has developed a standard way for readers to locate the current version of an article. By applying the CrossMark policies, BNR is committed to maintaining the content it publishes and to alerting readers to changes if and when they occur.

Clicking on the CrossMark logo (at the top of each BNR article) will give you the current status of an article and direct you to the latest published version; it may also give you additional information such as new peer review reports.

In order to maintain the integrity and completeness of the scholarly record, the following policies will be applied when published content needs to be corrected; these policies take into account current best practice in the scholarly publishing and library communities:

Correction to an Article

In traditional journals, where articles are peer reviewed before publication, Corrections (or Errata) are published to alert readers to errors in the article that became apparent following the publication of the final article.

By contrast, articles in BNR undergo peer review post publication and publication is not ‘final’ as new versions can be added at any stage. Possible mistakes that come to light during the peer review process may be highlighted in the published peer review reports, which are part of the article. Authors can publish revised versions, and any errors that become apparent during peer review or later can be corrected through the publication of new versions. Corrections and changes relative to the previous version are always summarized in the ‘Amendments’ section at the start of a new version.

Articles may be retracted for several reasons, including:

An article is usually only retracted at the authors’ request or by the publisher in response to an institutional investigation. It is important to note in the context of BNR’s publication model, that ‐ as in traditional journals ‐ a retracted article is not ‘unpublished’ or ‘withdrawn’ in order for it to be published elsewhere. The reasons for retraction are usually so serious that the whole study, or large parts of it, are not appropriate for inclusion in the scientific literature anywhere.

The content of a retracted article would only be removed where legal limitations have been placed upon the publisher, copyright holder or author(s), for example, if the article is clearly defamatory or infringes others’ legal rights, or if the article is the subject of a court order. In such cases, the bibliographic information for the article will be retained on the site along with information regarding the circumstances that led to the removal of the content.

Under rare circumstances, for example, if false or inaccurate data have been published that, if acted upon, pose a serious health risk, the original incorrect version(s) may be removed and a corrected version published. The reason for this partial removal would be clearly stated on the latest version.

If there is a potential, not yet resolved, problem with an article, it may be appropriate to alert readers with an Editorial Note. Such an Editorial Note may be added, for example, if BNR receives information that research or publication misconduct might have taken place, or that there is a serious dispute between authors or between the authors and third parties. The Editorial Note will usually be posted while further investigations take place and until a more permanent solution has been found (e.g. the publication of a revised ‘corrected’ version, or a Retraction).

In rare cases, BNR may decide to publish an Expression of Concern, which is linked to the problematic article, if there are serious concerns about an article but no conclusive evidence can be obtained that would unequivocally justify a Retraction. This may include: 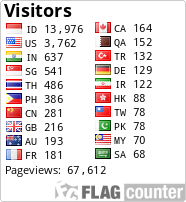